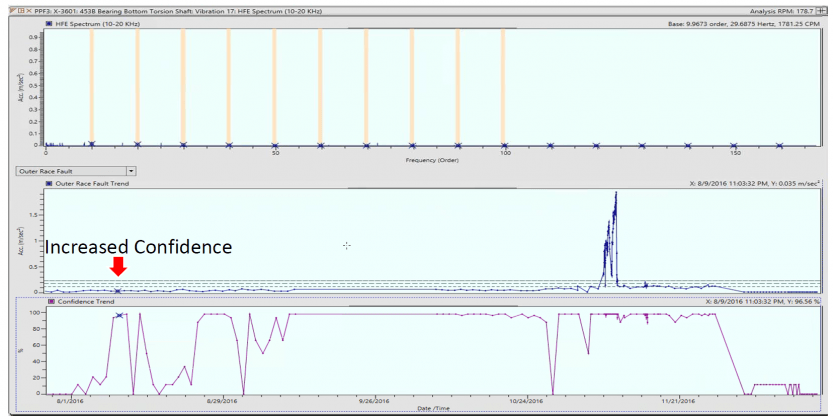 The gearbox overview in the PROGNOST®-Predictor GUI (Graphical User Interface) displays all components in one view. This makes it very convenient for the user to understand the layout of the gearbox and to locate a defective component.

The PROGNOST®-Predictor monitoring system paid off in a short time.

Starting three months before the failure occurred, no indications were visible. In early August, the patented PROGNOST®-Predictor Confidence Factor raised, but no changes in the acceleration spectrum could be detected. After the HFE spectrum was inspected, small peaks within the failure bands were visible what indicated an upcoming failure. This led to slowly increasing HFE and acceleration spectra over the next three months until the first warning level got violated in the early November… 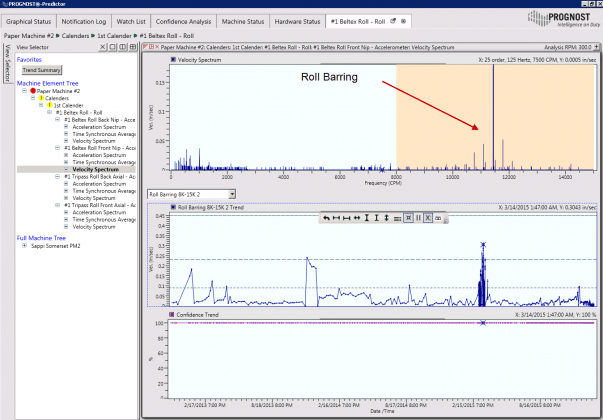 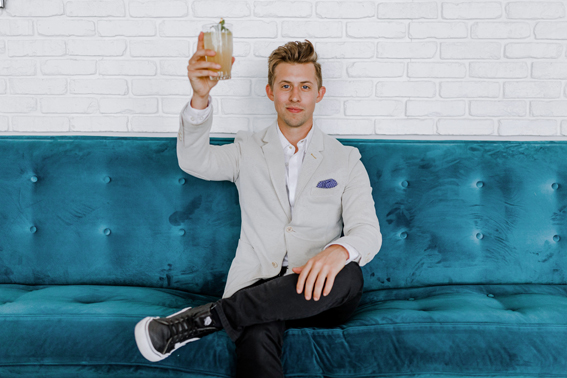 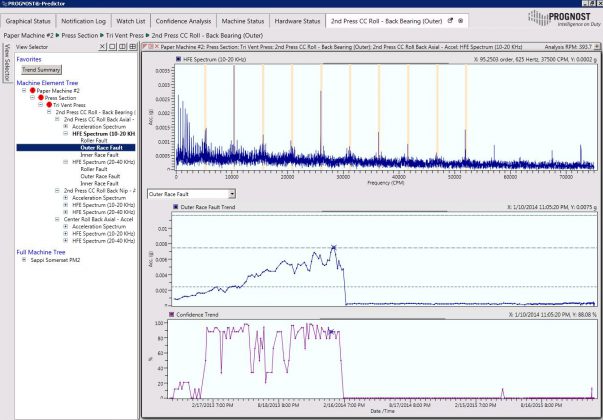