Analysis of the build-up to the fracture of a compressor crosshead led a refiner to revise its approach to performance monitoring.

Compressor crosshead fractures are costly, leading to unplanned outage of the system and loss of production. PROGNOST Systems claims that the development of fractures in the motion work, especially on the crosshead, can be detected by using segmented peak-to-peak piston rod position analysis. 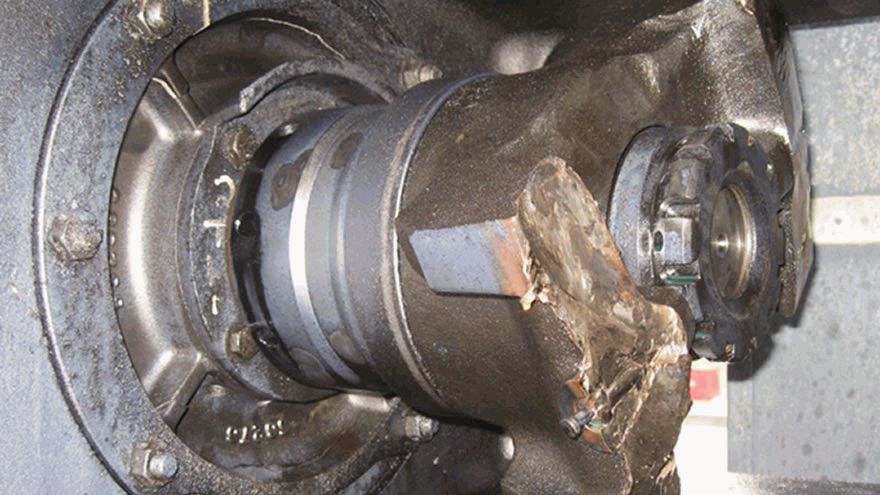 The company also recommends this as a mandatory parameter and for safety interlock. This claim was proven to be true by a complete fracture of a crosshead which could have been avoided if the automatic interlock had been activated by the operator. The experience of this case also motivated the operator to improve their site shutdown philosophy.

At a refinery in the US, a Nuovo Pignone reciprocating compressor was put into operation in 2004. Since the initial start-up, a Prognost system had been used to detect common faults such as valves, riders, rings and others. The compressor’s overall reliability had been very good. No failures in the motion works components occurred; no Prognost safety alert or alarm limit of CHS vibration (active) or rod position (inactive) had been reached.

In 2011, the compressor had its first major overhaul in seven years due to a knock. Several parts such as a first stage connecting rod, bearings, crosshead pin and the main bearing liners were replaced. The crosshead failure described here occurred 11 months after these service works had been carried out by a non-OEM contractor.

Development of the crosshead fracture
At the time the event started, the compressor was running steadily at a …